In the new year, Erlebnis Akademie AG continues to work at full speed on its new facilities. With the Treetop Walk Avondale in Ireland and the Treetop Walk Laurentides in Canada, two new trails will open in 2022. In addition, an adventure forest will be added to the Alsace site this year. Good news can already be reported from the treetop walk construction sites at the beginning of the year.

In Ireland, the concrete work continues to progress. The floor slab for the toilet and technical wing in the tower area has been concreted and now the floor slab of the tunnel that will connect the path with the tower area in the future will follow. The pathway foundations have been completed for the most part and will be grouted afterwards.

The timber construction is also progressing: the Wiehag company, which is responsible for the assembly of the tower and path, is currently manufacturing the ramp parts of the walkway in the tower and preparing them for assembly. Afterwards, the tower will be completely assembled so that the installation of the tunnel slide can take place in March. After completion of the tower, the treetop walk will begin to be constructed. 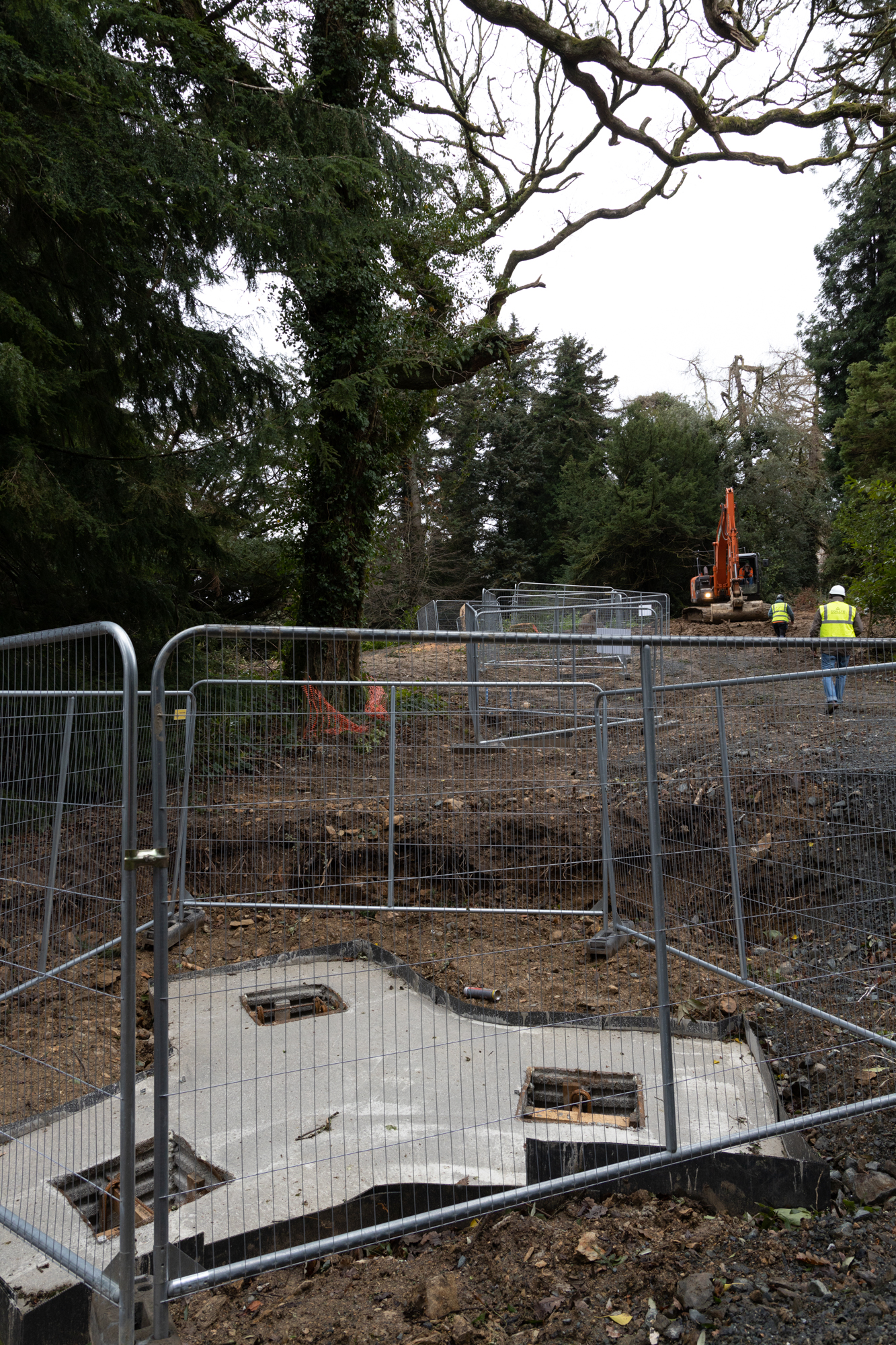 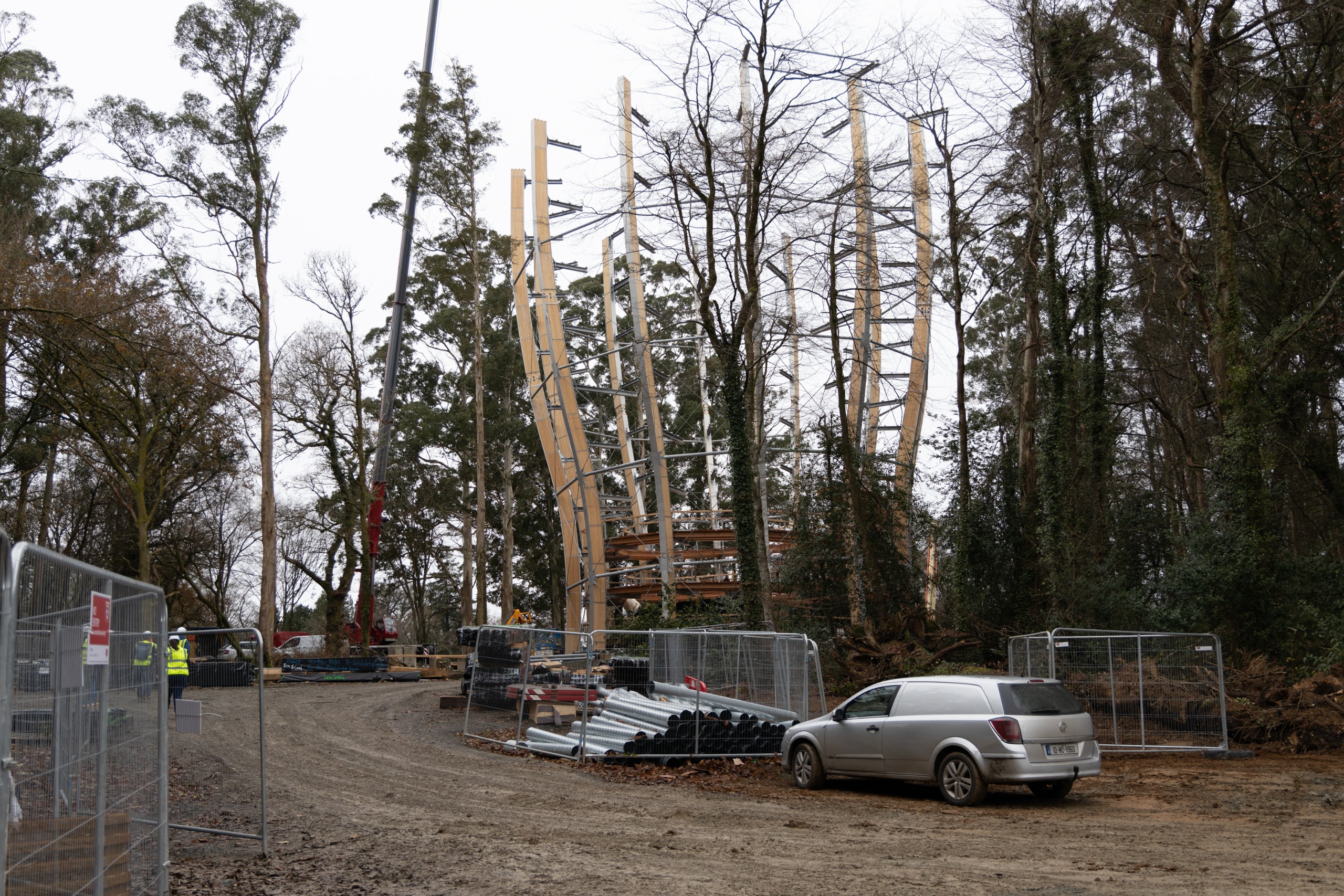 The support structure of the lookout tower is already in place. 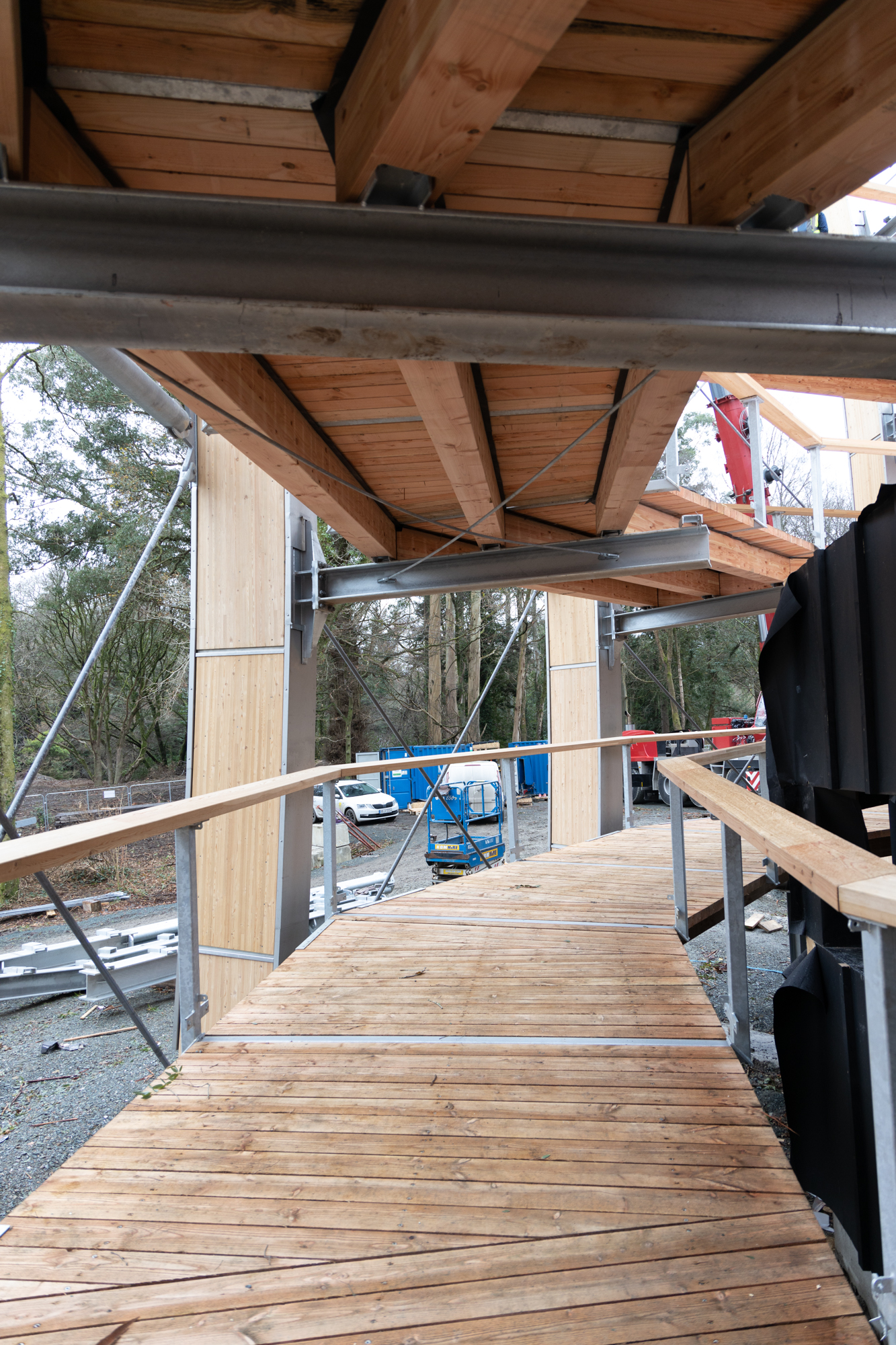 The ramp in the observation tower of the Treetop Walk Avondale 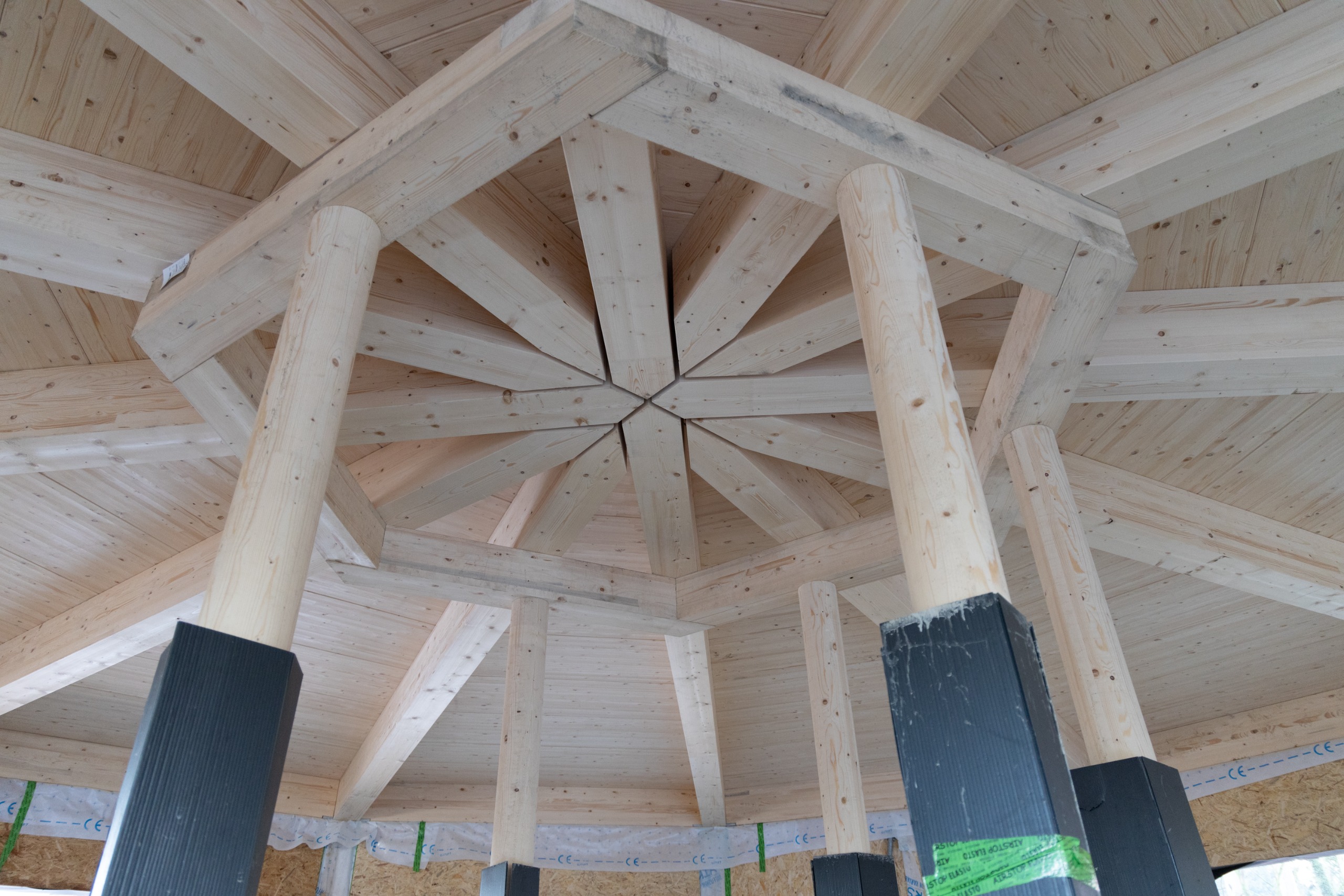 Precise carpentry work on the ceiling of the shop

The website of EAK Ireland Treetop Walks inc. can be found at www.eak-treetopwalks.com.

At the Art Massif factory, the supports for the walkway are currently being tied. During this process, the logs are machined and levelled to create a surface that is as smooth and weather-resistant as possible. In addition, the recesses and mounting surfaces are being prepared for the assembly of the steel parts. The glulam beams are also being prepared, which will later support the walking surface of the path and tower. The supporting columns for the tower have already been partially fabricated. These will then be deliverd in stages for assembly. Parallel to this, the interior construction of the entrance building is also progressing. 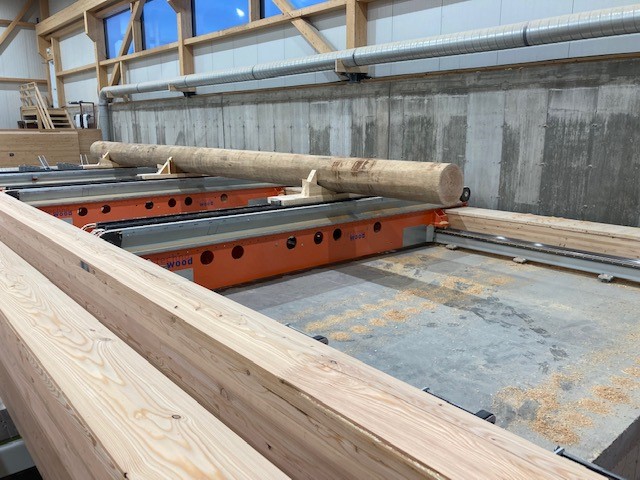 Production of a support pillar 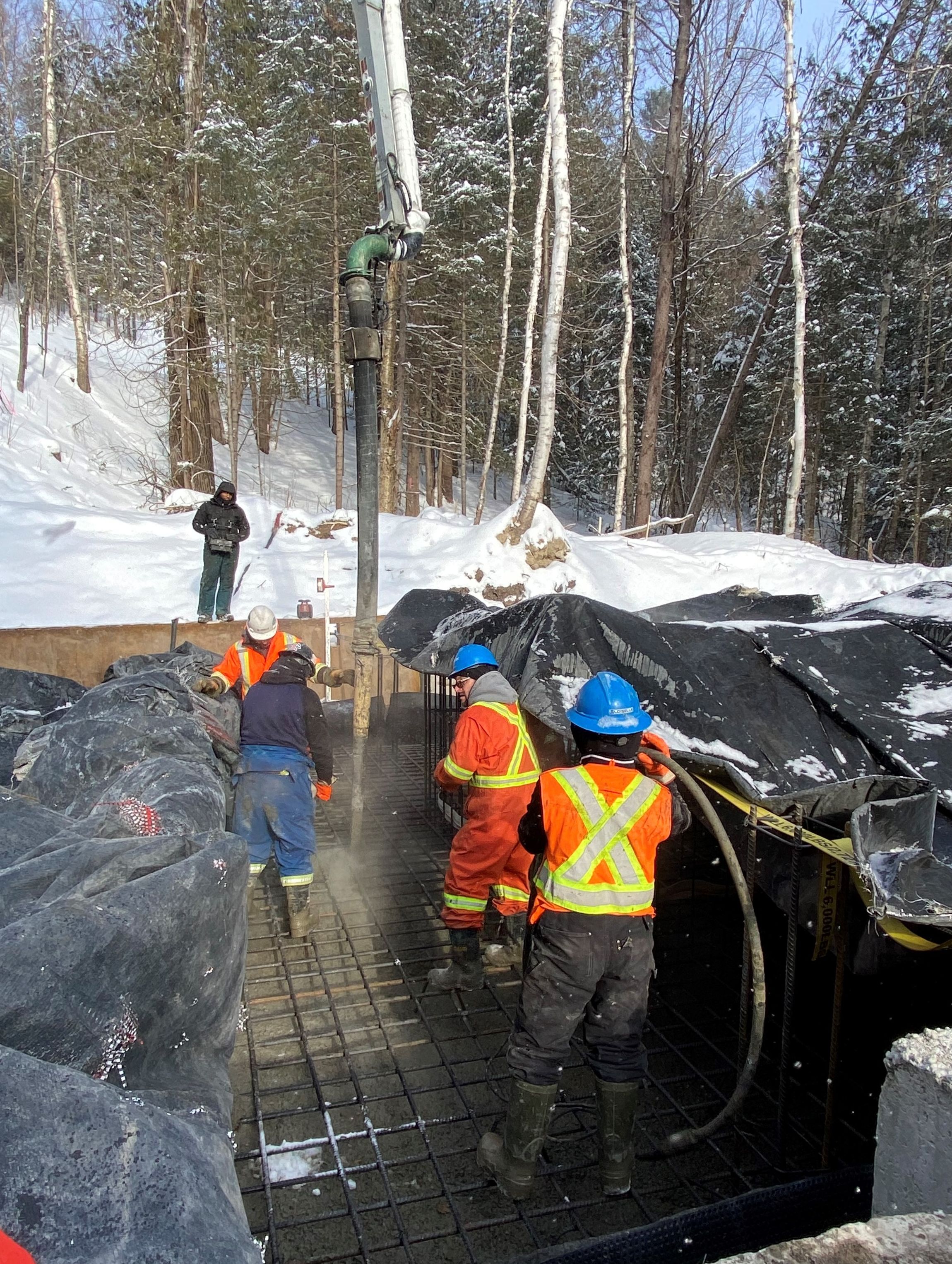 Concreting of the foundation for the elevator tower 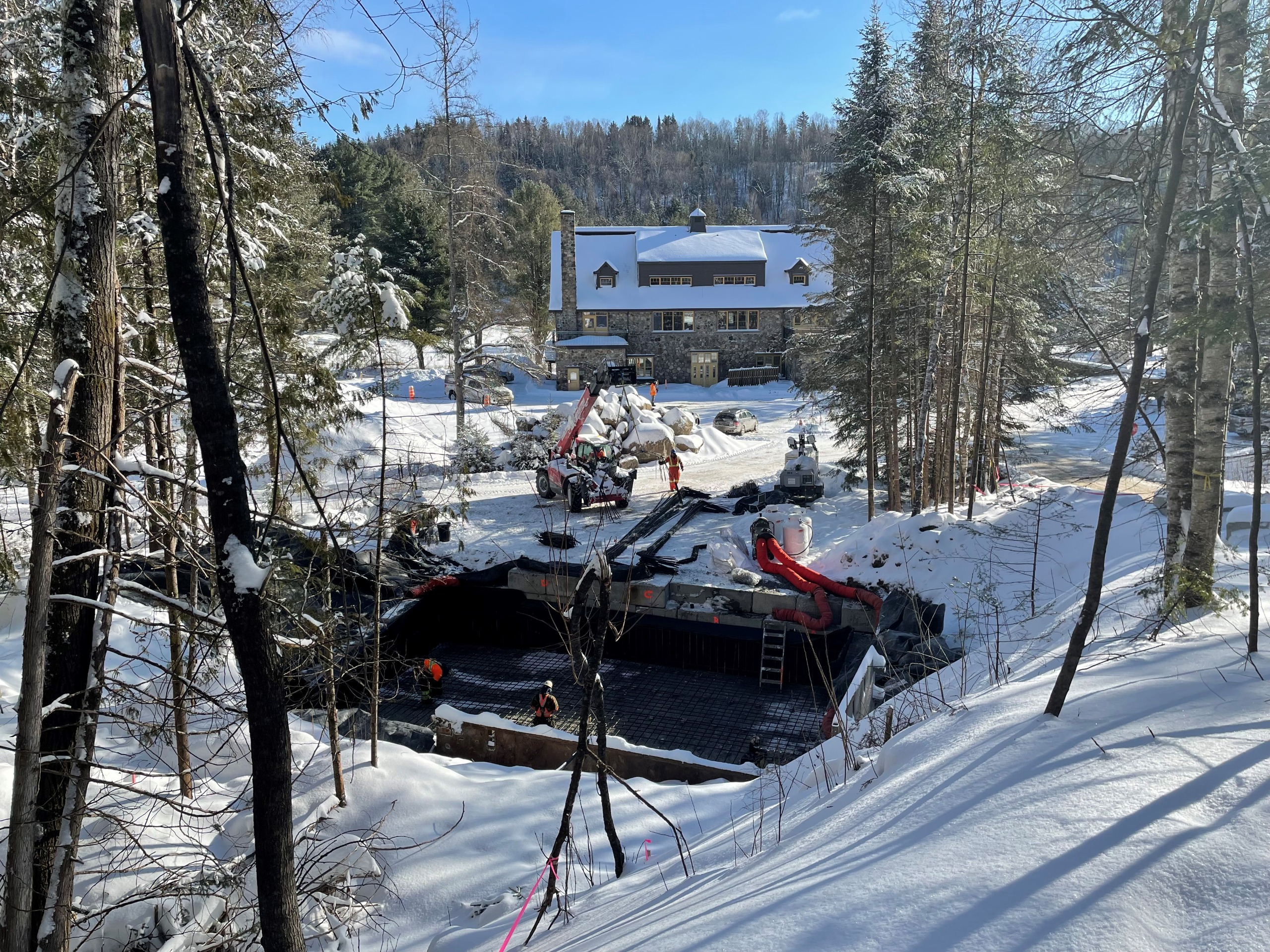 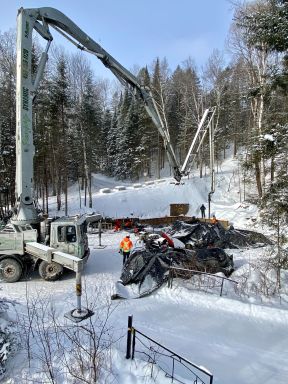 Information on the Laurentides treetop walk can be found at www.treetop-walk.com/laurentides.