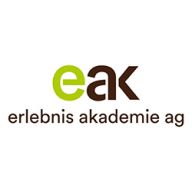 Bad Kötzting, 18 February 2021 – According to preliminary figures, Erlebnis Akademie AG was able to generate consolidated sales of 15.0 million euros in 2020, despite longer-term Corona-related site closures, and was thus only around 9.0% behind 2019 sales of 16.5 million euros. Preliminary operating profit (EBIT) was €1.8 million, compared to €2.9 million in the previous year (-36.2%). This means that the forecast of a positive consolidated result, which was raised in November, was maintained. According to preliminary figures, EBITDA was 12.4% down on the previous year (EUR 6.4 million) at EUR 5.6 million.

"We were able to close the year relatively well despite the pandemic-related closures in Germany and Europe," reports Christoph Blaß, CFO of Erlebnis Akademie AG. "The decisive factor here was above all the third quarter - the only quarterly period in the past fiscal year in which we had all locations open without interruption. This is above all a forward-looking sign for us and the success of the concept of our treetop walks and adventure forests. We will be able to close the year with a positive result, but the exact amount will still depend on whether the compensation promised and claimed for 2020 will also flow."

The projects currently in progress for new sites in Alsace, France, and on Usedom, Germany, were able to continue despite the second lockdown. In contrast to the first border lockdowns, the companies from the Czech Republic contracted for the new projects were able to continue traveling to the construction sites across borders, so there have been no delays to the two projects so far. The treetop walks are scheduled to open as planned in the second quarter of 2021 – Treetop Walk Usedom in April and Treetop Walk Alsace in May.

Currently, all sites in Germany and other European countries are closed due to the second lockdown, except for the site in Slovenia, which has been allowed to receive visitors again for a few days. Based on the current situation, it is likely that all treetop walks will be able to reopen in April. "We are confident that at the beginning of April, with the Easter weekend, our sites can also be reopened - if necessary, under even stricter hygiene concepts," said Bernd Bayerköhler, CEO of Erlebnis Akademie AG. "From reopening and with a return to a to some extent normal operation, we expect 2021 to be a very successful year. In addition to the two new locations, we are currently working on the start of construction of three more treetop walks in 2021, including the first walk in Canada and a first location in Ireland. With Bad Doberan, we would also be represented with the sixth location in Germany. In other words, our course of growth continues undiminished, even though the pandemic is still causing some challenges in terms of realization and financing."